The director of “Tom and Jerry” died, let me share some tattoos to commemorate this film

On April 20, Oscar-winning illustrator, animator, film director, and producer Gene Deitch died in his apartment in Prague at the age of 95. 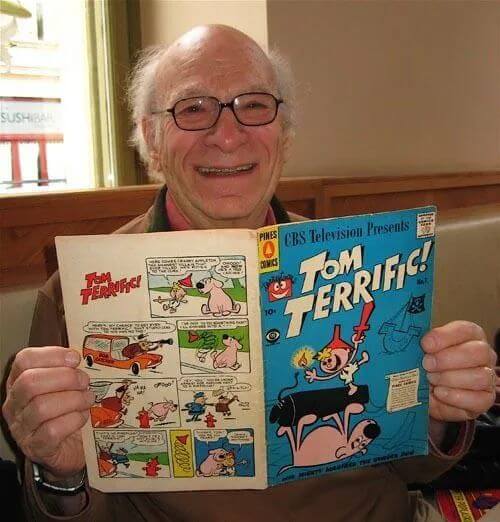 After World War II, he entered the animation industry as a magazine illustrator and sounds specialist, and worked hard throughout his life to create many classic animation works. 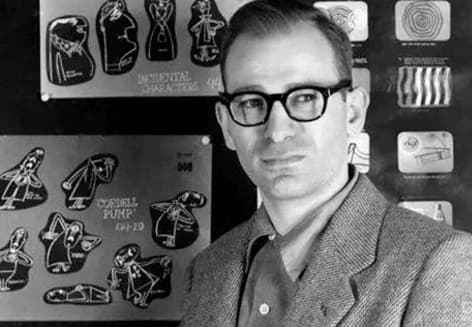 One of them is “Tom and Jerry” directed by him, as well as the co-produced “Popeye“.

He won the Oscar for Best Animated Short Film for the movie (Munro). In 1965, he was nominated for the same award for “Here’s Nudnik” and “How to Avoid Friendship”. 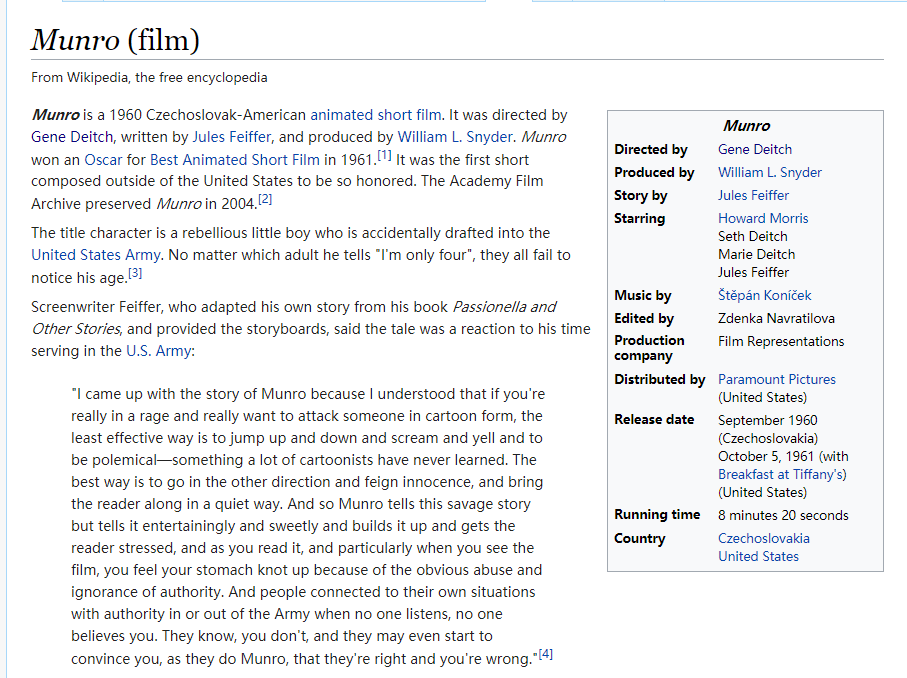 From 1960 to 1963, Deitch and Rembrandt collaborated on the production of the Popeye cartoon series and produced 13 short films of “Tom and Jerry” for MGM. This is a cartoon with no lines, only symphonies. The story of Tom and Jerry is also very touching.

Even though they are slapstick, irresistible, when life is at stake, Jerry will give first aid to the drowning Tom.

Tom would take Jerry, who was frozen into a popsicle, home, and melt him by the warm fire.

Then let me show you lovely Tom and Jerry tattoos. Most of the time, they appear on the screen in a posture of chasing and fighting. They tried every method they can use to “kill” each other. Sometimes, there will be warm moments for them.

In some cases, they can also help each other, such as when their common enemy appears. Jerry always looked at the camera with a provocative look, and often played with Tom inadvertently. Because Jerry Gu is so singular, he often succeeds in teasing Tom and causing him to be confused. In cartoons, it always has a strong desire, always has been trying to catch the mouse Jerry who is living in the same room, but always fails. In fact, it’s more fun in chasing than catching Jerry … even if he looks a little careless. Even if Jerry is caught occasionally, Tom doesn’t know how to deal with him, maybe they have become an indispensable role in the other life unconsciously. Is there such a person in your life?

He is an enemy and a confidant; he makes you suffer, but he also makes you grow. It’s false that only one can live, but it’s true to be sympathetic. 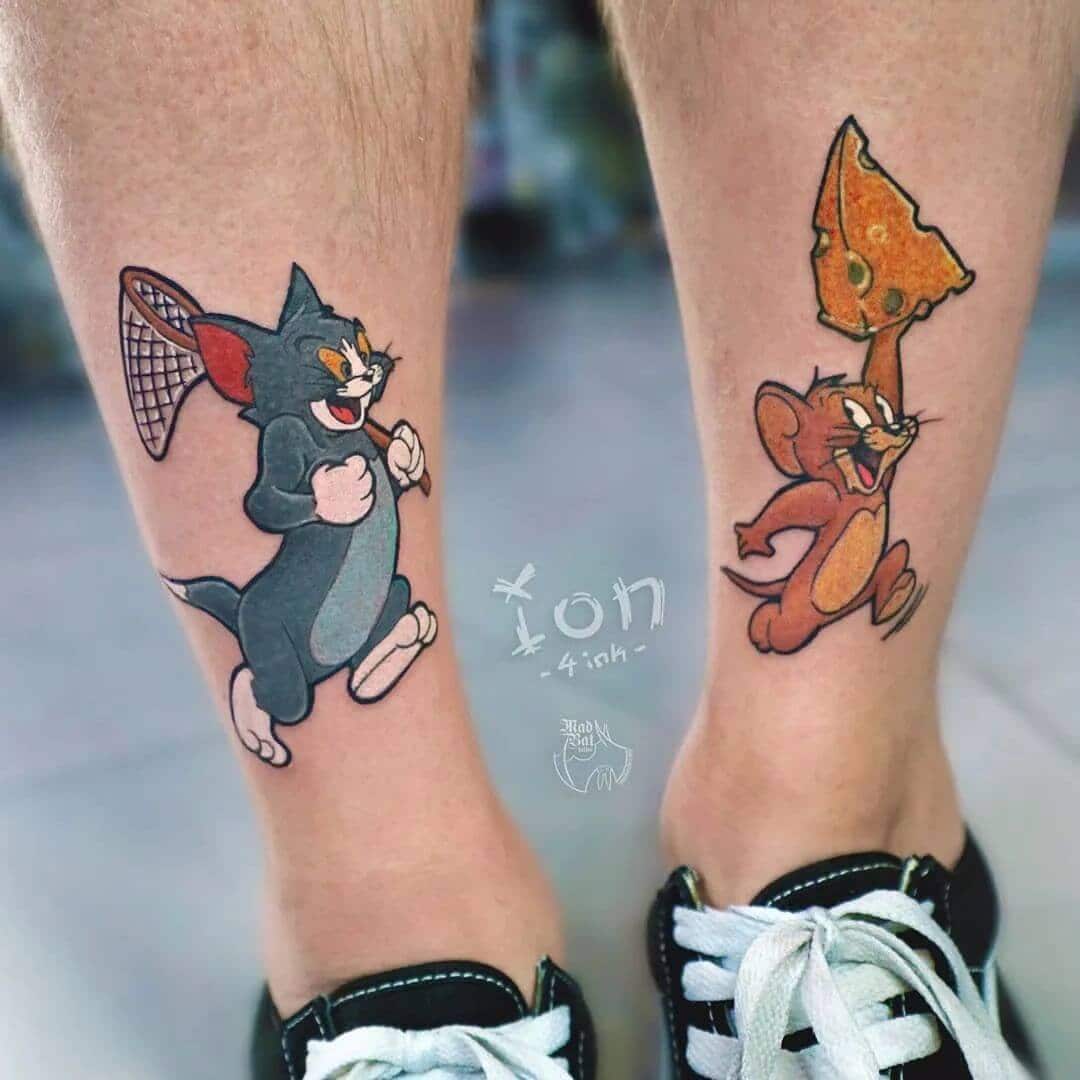 In addition to interpreting these two little cutes in a typical cartoon style, many tattoo artists also present the classic image in more novel ways.

Such as cross stitch … 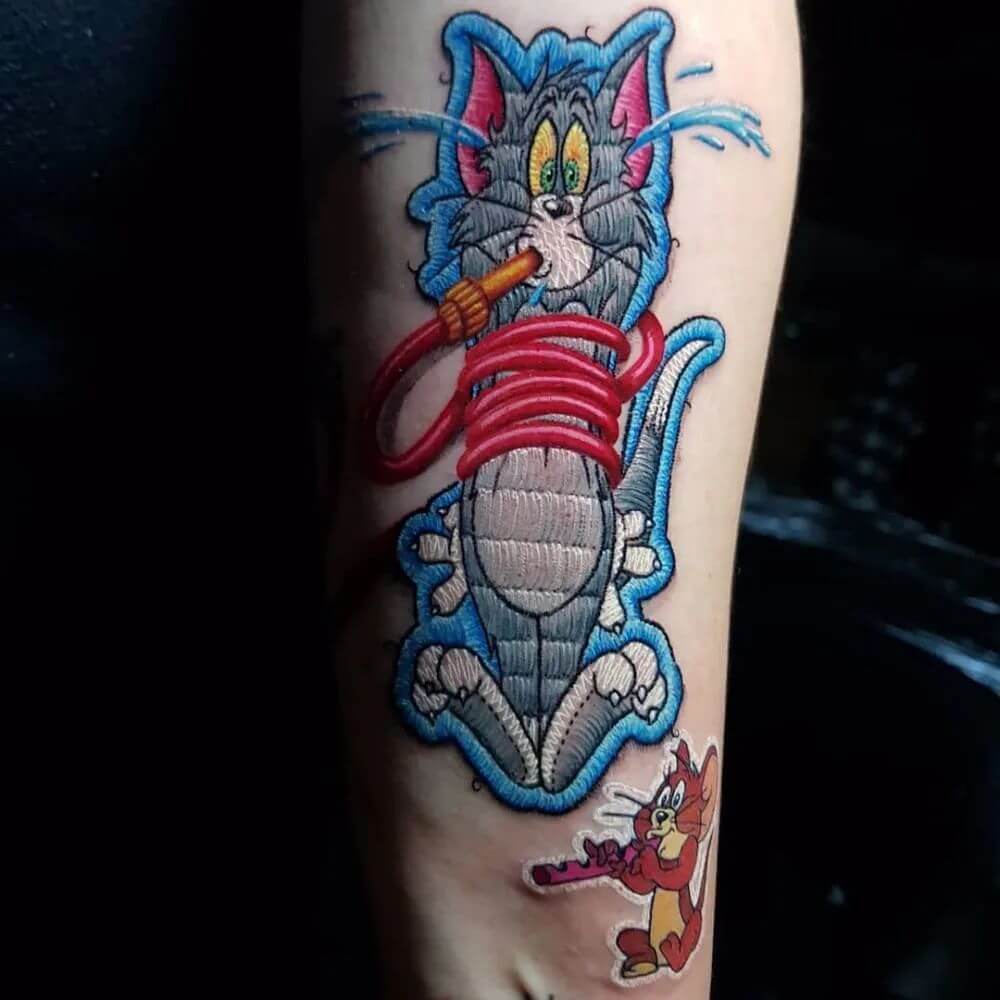 It’s funny that one will never get what he wants, the other will never leave. They are just like a screen couple. 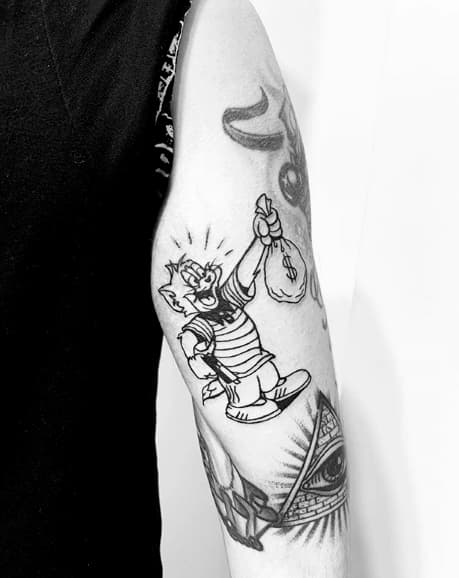 The real human society will only be crueler than animation. At least reviewing this animation can make me feel classic and warm.

It’s never boring to watch the film no matter how many times. I would like to give this blog to remember Tom and Jerry, to the cat who catches the moue. 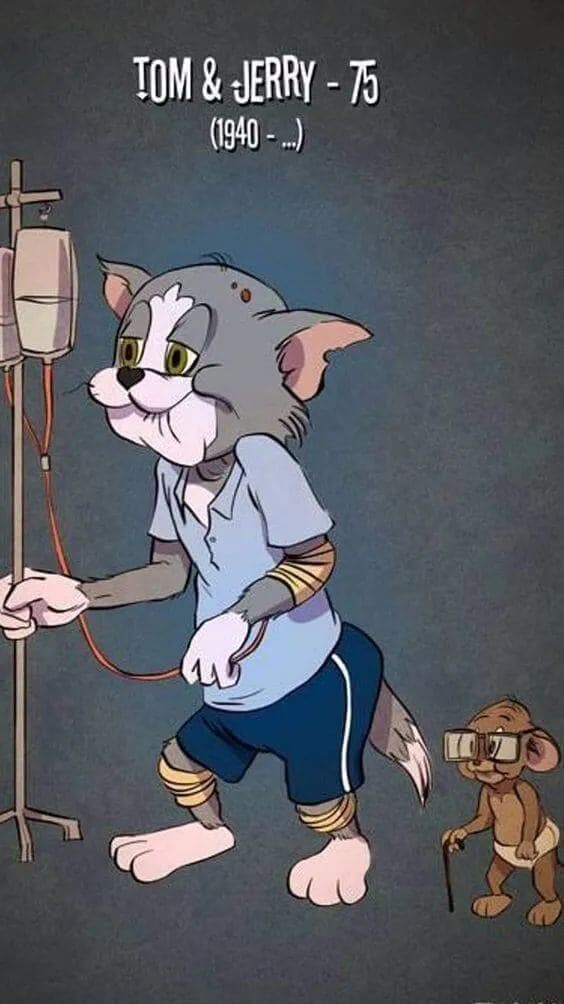 Tags:
Gene Deitch, Tom and Jerry
Facebook Twitter Pinterest linkedin
Newer Did you take well care of your tattoo?
Back to list
Older “Mistress” of “The World of the Married” tattoo photos exposure, acting originated from life?